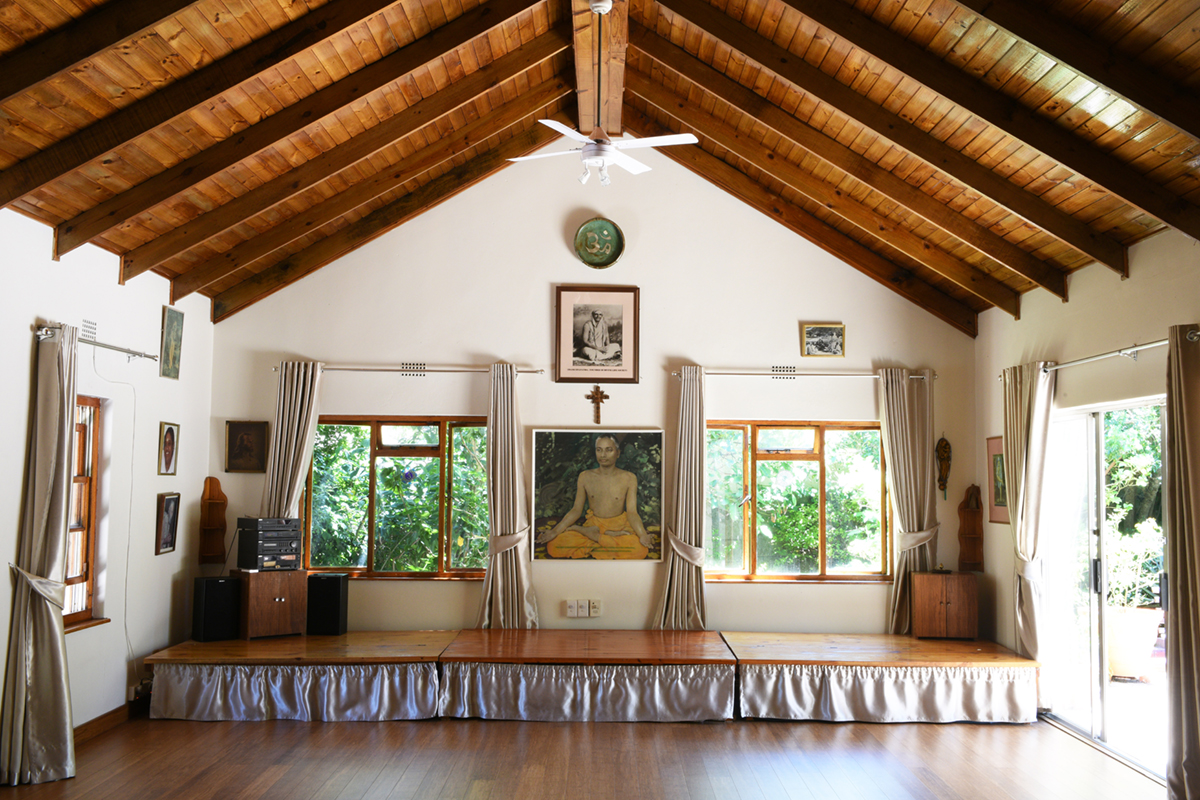 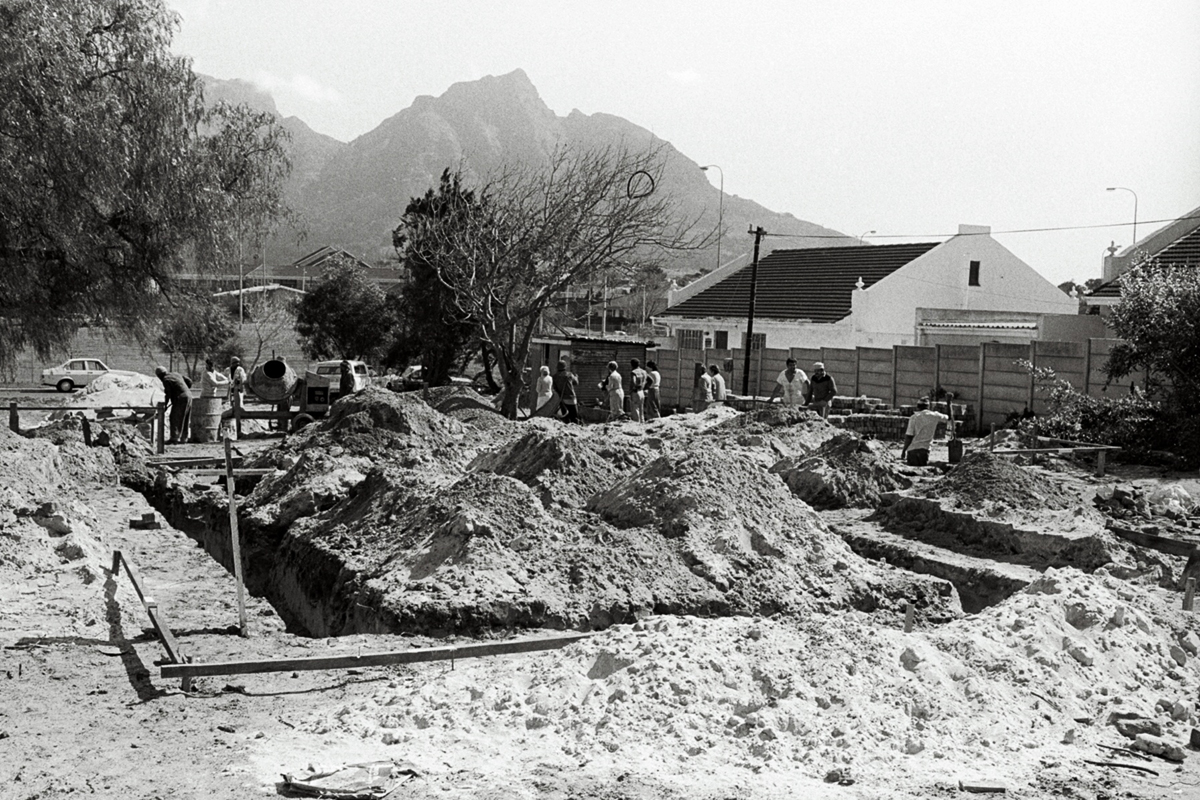 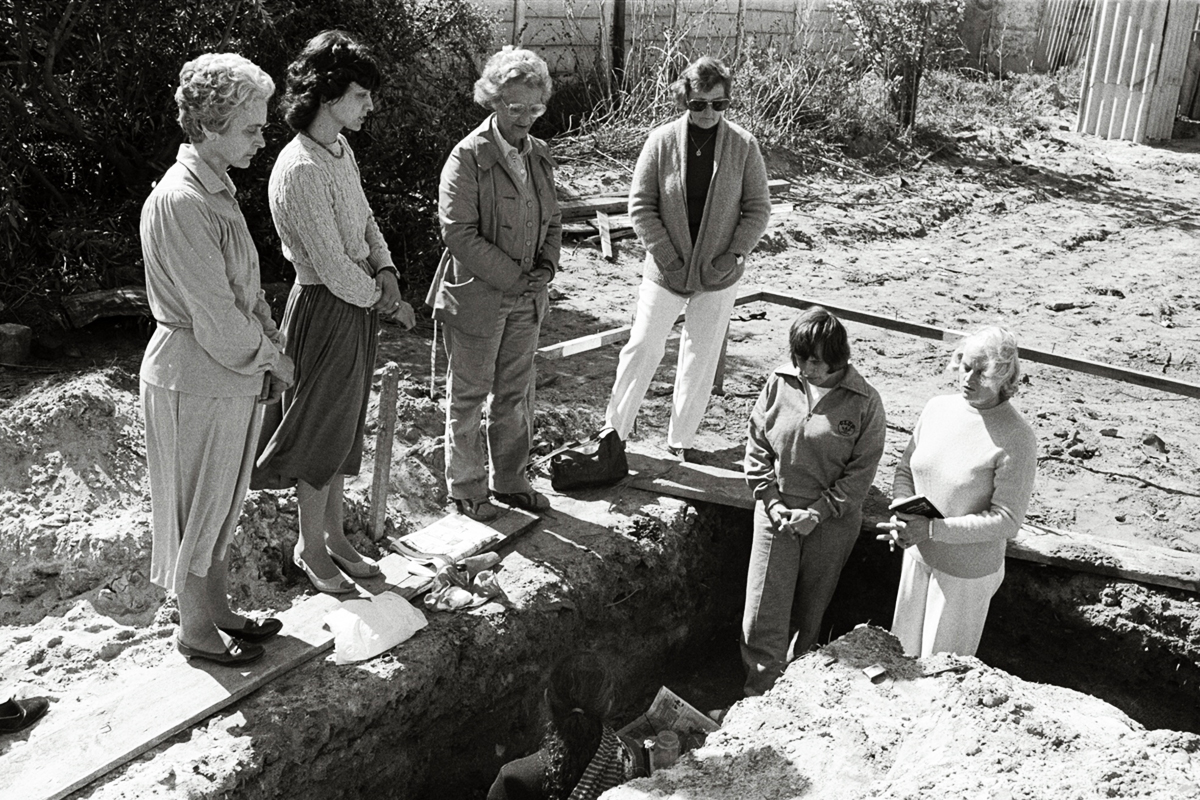 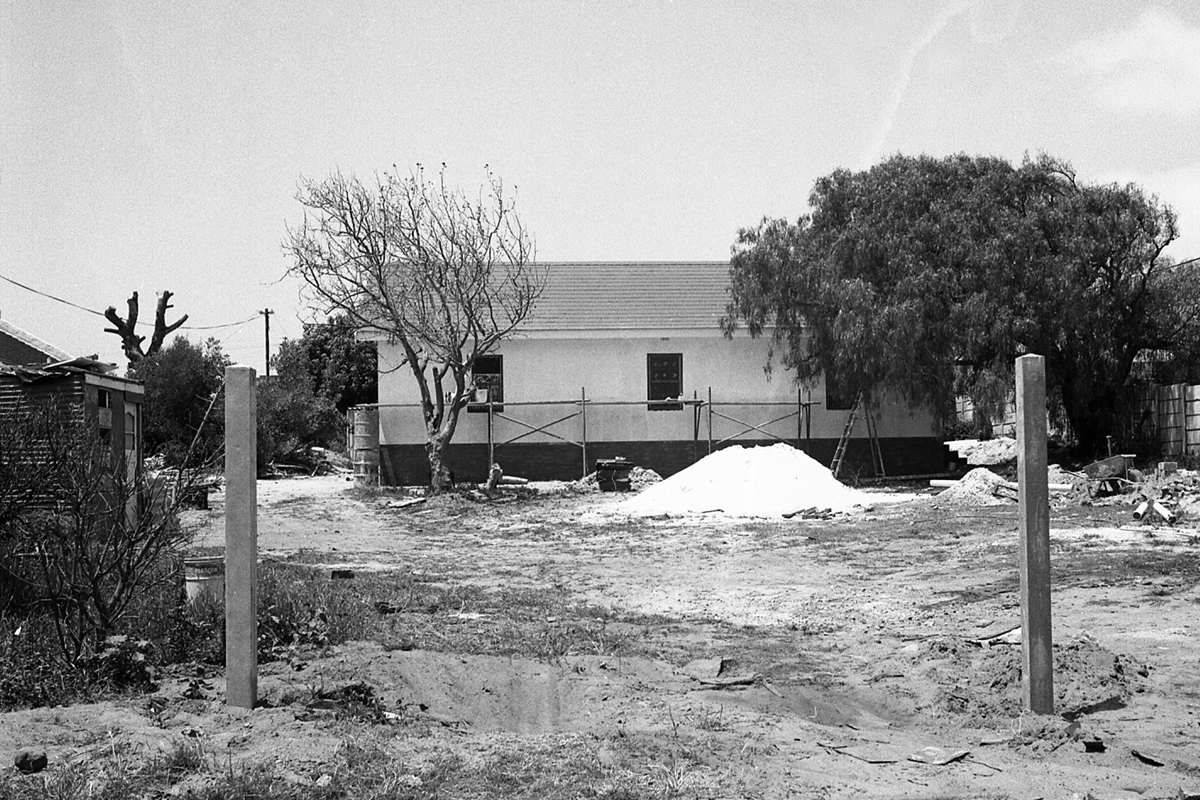 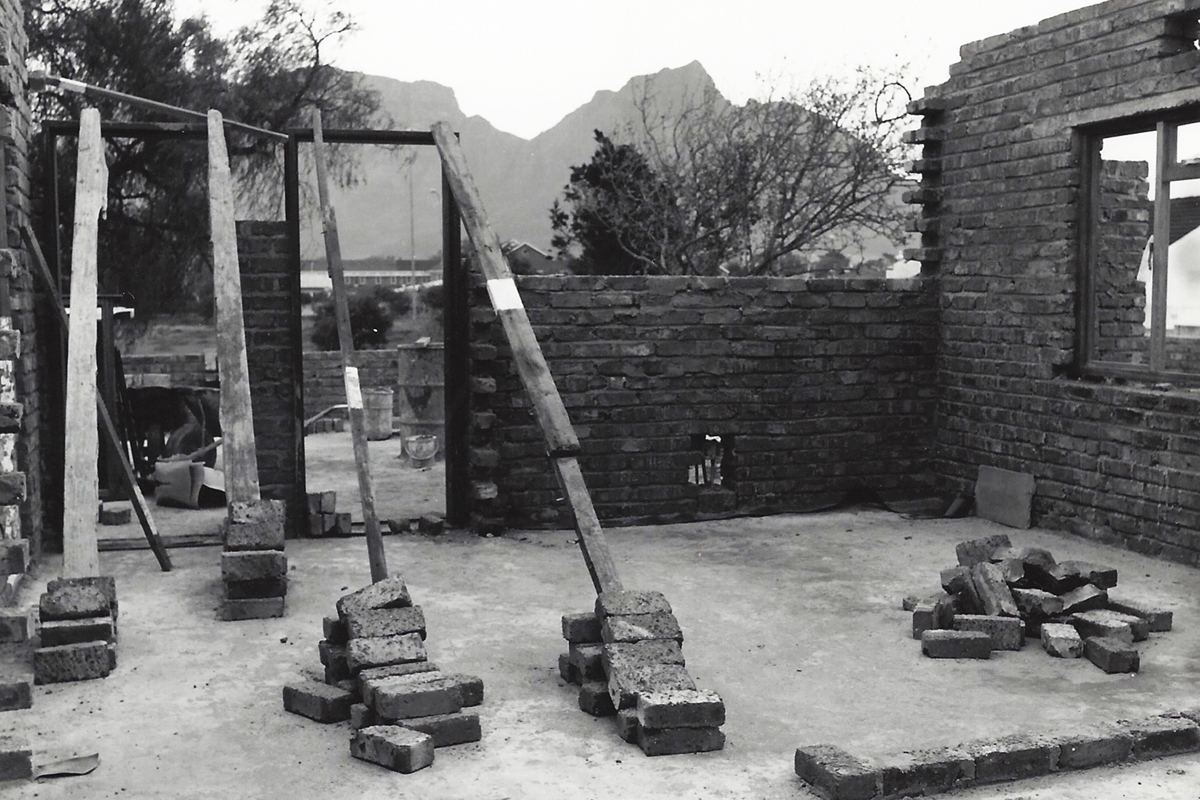 The name Ananda Kutir Ashrama was derived from the name of Swami Sivananda’s humble cottage:  Ananda Kutir.  It means ‘Abode of Bliss’. The word Ashrama denotes a sanctuary that provides seekers the opportunity of learning and practicing the teachings of Yoga and Vedanta.

Ananda Kutir Ashrama is a significant institution in the spiritual community of Cape Town. It has its roots in the vision and philosophy of Swami Sivananda, founder of the Divine Life Society in Rishikesh, India.

From 1967 Mother Yogeshwari taught yoga in a renovated garage behind her home in Alma Road, Rosebank. This is also where Swami Venkatesananda stayed and delivered inspiring talks to his numerous followers in Cape Town.

In 1978 Swami Parvathiananda, who was accompanying her guru Swami Venkatesananda, arrived in Cape Town and met Mother Yogeshwari. They formed a close friendship as fellow disciples and yoga teachers. This grew into a dream of extending this yoga centre into something larger, a special place that belonged to everyone and where everyone could come for peace, was finally realised when a piece of land at 24 Sprigg Road, Rondebosch East, was purchased. The Ananda Kutir Ashrama was formally established on 4 December, 1982, two days after Swami Venkatesananda passed away.

Prior to 1982 one of the venues used for spiritual lectures by Swamijis, including Swami Venkatesananda, was the Mitra Hall in Mowbray. The Mitra Hall was used for yoga, films, yajnas and kirtans (group singing and chanting), and community gatherings. At the time people had scant exposure to the Hindu and Yoga/Vedanta scriptures. With regular visits from Swami Venkatesananda people from across all religious faiths congregated to hear Swamiji’s talks on the Bhagavad Gita, the Srimad Bhagavatham, Valmiki’s Ramayana, Yoga Sutras and other topics of Yoga and Vedanta.

His charismatic presence helped not only to bring people together, but more importantly, to revive an abiding interest in the Hindu and Yoga/Vedanta scriptures. These scriptures were carefully translated and interpreted by Swami Venkatesananda, and published by the Chiltern Yoga Trust (Elgin) in the form of daily readings so that people could absorb the universal teachings consistently.

During the Apartheid years the Ashrama was not accepted as a spiritual organisation by the authorities because it welcomed everybody, regardless of racial categories.  It therefore was registered as a sports association.  With segregation as the political landscape Mother Yogeshwari and Swami Parvathiananda were determined to reach the masses because they knew the value of the yoga teachings in empowering people.

In this context service projects were started in order to help disadvantaged people who lived in the squatter camps and informal settlements. They helped people who were suffering with asthma and other breathing problems, handicapped people, TB patients and later HIV patients.

The centre became a hive of activity with yoga classes, weekend retreats, satsangs, meditation, study groups and video lectures. Building extensions throughout the years are indicative of the growth of the Ashrama. The existence of an Ashrama attracted Swamis from India and other parts, thereby sharing universal knowledge and wisdom.

With the ending of Apartheid and the start of a free democracy, the Ananda Kutir was able to register as a spiritual organization.  Today it is a dynamic centre which runs yoga classes, meditation classes, workshops, discourses, satsangs, and sandwich-making for the Outreach Project, thus implementing the philosophy of Integral Yoga. The Ashrama observes important dates in the religious calendars of all major faiths and continues to publish Swamiji’s teachings on Yoga and Vedanta thus making Ananda Kutir Ashrama an invaluable asset to the community. 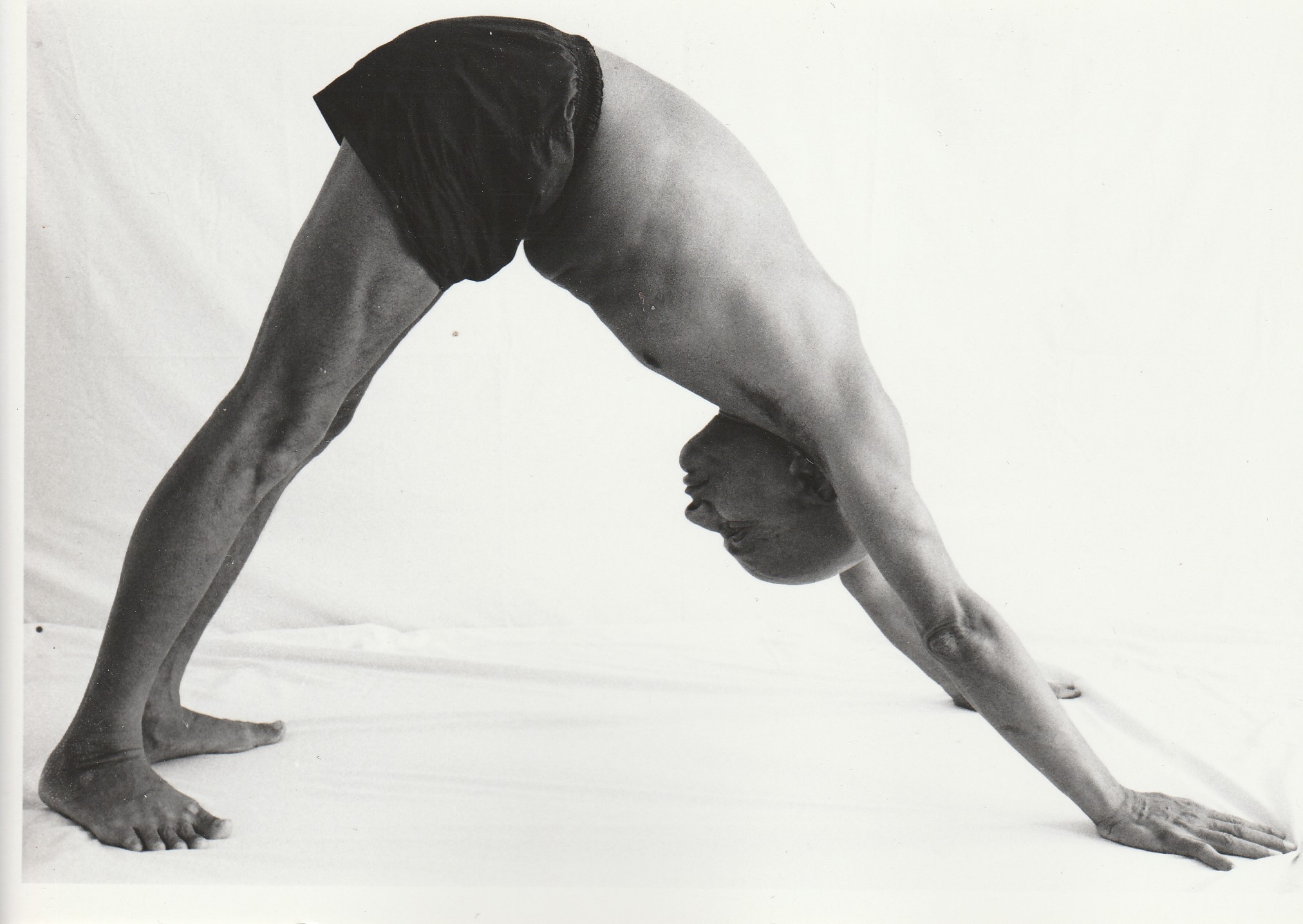